You have questions? Please read our customers’ most frequently asked questions. 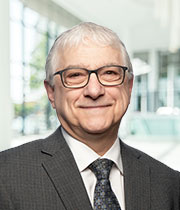 Chairman of the Board; Chair, Audit Committee

Retired from Québec's senior public service, he served as deputy minister at the Ministère des Forêts, de la Faune et des Parcs (department of forests, wildlife, and parks) from 2014 to 2016; as deputy minister at the Ministère des Ressources naturelles (department of natural resources) from 2012 to 2013; and as associate deputy minister - forestry at the same department from 2009 to 2012 and from 2013 to 2014. He was closely involved in designing and implementing the new Québec Forest Regime and is a past member of the board of directors of Hydro-Québec. He has been involved in several files related to natural resources, at the Québec, Canada, and international levels.

Before joining the ranks of government, he was deputy director of the Conférence régionale des élus du Bas-Saint-Laurent (regional conference of elected officials in the Bas-St-Laurent area), from 2000 to 2009, and CEO of the Bas-Saint-Laurent Model Forest, from 1992 to 2000. It was in these organizations that he became familiar with wildlife management.

Mr. Savard also sits as a member of the board of directors and is chair of the environment, safety, and health and security committee at the Quebec Port Authority. 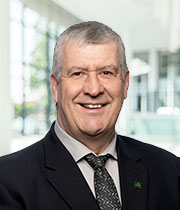 With a degree in finance from Université Laval obtained in 1987, Jacques Caron essentially built a career in management in the Quebec public service. He worked for more than 25 years at the Ministère des Finances du Québec, mainly in the areas of budget preparation, the creation of governmental organizations, and accounting reform, helping to spearhead two major reforms for the government of Quebec. Beginning in 2010, he collaborated closely in work aiming to implement the Generations Fund and to update the Balanced Budget Act.

In November 2017, he was appointed chief executive officer of the Quebec government shared services centre (CSPQ), his initiation as an agency head.

Since March 21, 2019, he has been a member of the board of directors and Chief Executive Officer of Sépaq. Mr. Caron is renowned for his rigour and his knowledge of the public sector. He also sits on the governing council of the Institut de la gestion financière de Québec (Quebec financial management institute) (IGF Québec). 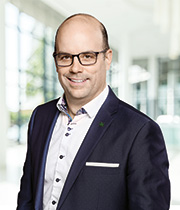 Nicolas Bisson completed a bachelor’s degree in Business Administration at Université Laval in 2005. He is a member of the Ordre des comptables professionnels agréés (Quebec CPA order) and holds the title of auditor, which bestows the full right to public practice.

Since 2005, Mr. Bisson has been working at the Groupe RDL Québec inc. accounting firm, a member of Groupe RDL, a network of independent accounting firms operating in Quebec. He has been a partner since 2007, and in addition to finance, his main areas of expertise are certification, consulting services, and management.

He is also a founding member of Décagone inc. a venture capital firm working in the Quebec City region and composed of professionals from different sectors of activity with the goal of providing human and financial capital.

From 2001 to 2005, he worked as an internal controller for a financial services firm with the title of group savings representative. 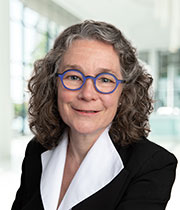 Marie A. Dumontier completed a bachelor's and a master's degree in chemical engineering at Université de Sherbrooke. She also completed a management development diploma at Ivey Business School of Western University in Ontario. Ms. Dumontier is a member of the Ordre des ingénieurs du Québec (Quebec order of engineers) and is an accredited director, as designated by the Institute of Corporate Directors (ICD.D).

She began her career in the environmental sector, first as project manager for Lavalin Inc. then as an environmental engineer for Domtar Inc. She subsequently held positions as corporate director for environment, health, and safety for James Maclaren Industries Inc., Noranda Forest Inc., Nexfor Inc., and Fraser Papers Inc. She also worked at Natural Resources Canada as deputy director of the Pulp and Paper Green Transformation Program.

President of MDCI, she has been working since 2012 as a consultant, mainly in environmental risk management and sustainable development management for manufacturing companies, sector associations, research centres, and government departments. 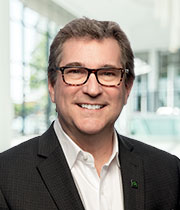 John C. Dunn completed a Bachelor of Arts in political science at Acadia University (Nova Scotia) and a certificate from the management training program at McGill University, and he is an accredited director, as designated by the Institute of Corporate Directors (ICD.D).

He began his career in the hotel industry as director of sales and marketing for Hôtel La Citadelle, then at the Renaissance Montreal Downtown Hotel for Ramada Canada Ltd. Subsequently, he was director of the international market for the Société du Palais des congrès de Montréal (Montreal convention centre corporation), then director of sales and marketing at the Montreal Marriott Chateau Champlain. From 1999 to 2007, he was vice president of sales and marketing for Atlific Hotels & Resorts, managing the business plans of the 32 pan-Canadian institutions that are part of many chains, such as Marriott, Intercontinental Hotel Group, and Starwood Hotels. From 2007 to 2009, he was senior vice-president for Tourism Montreal, a private, not-for-profit organization that brings together more than 750 members and partners from the Montréal tourism industry and aims to promote Montréal as a tourist destination to foreign clienteles.

Since 2010, he has served as president of FLOOR13, formely called Dunn Consulting Services Inc., a firm specializing in supporting companies in activities related to the travel, tourism, hospitality, and event sectors in Canada, Europe, and Africa. 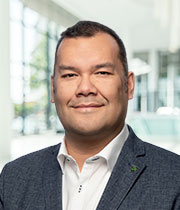 Member, Board of Directors

After studying public administration at Université du Québec en Abitibi-Témiscamingue, Ashley Iserhoff served his second term as Deputy Grand Chief of the Grand Council of the Crees and as Vice Chairman of the Cree Regional Authority. Since April 2015, Mr. Iserhoff has been the Director of Health and Social Development for the Cree Nation of Mistissini.

A member of the Cree Nation of Mistissini and resident of Mistissini, Mr. Iserhoff is also involved in many organizations affecting Cree society. He was a member of the Hunting Fishing, Trapping Coordination Committee, which was created when the James Bay and Northern Quebec Agreement (JBNQA) was signed, and of the James Bay Advisory Committee on the Environment (JBACE), which was established to advise federal and provincial governments on the adoption of policies, laws, regulations or measures that could affect the environment or Cree society. Since April 2015, he assumed the position of Director of Health and Social Development of the Cree Nation of Mistissini.

Mr. Iserhoff was Chairman of the Board of the Eeyou Communications Network, which is a non-profit telecommunications corporation that provides broadband carrier services for the Cree communities of Eeyou Istchee and municipalities of the Baie-James region.

He sat on number of committees within the Cree Regional Authority, such as the Working Group on Addressing Poverty, the Cree Nation Governance Working Group, and the Judicial Advisory Committee which oversees the implementation on the agreement on Justice for the Crees, which links the Québec government and the Grand Council of the Crees.

In September, 2011, Mr. Iserhoff was honoured by the National Center for American Indian Enterprise Development (NCAIED) and was a recipient of a prize at the “Native American 40 Under 40 Awards” which annually highlights the success of 40 Amerindian leaders under 40 years of age who have demonstrated leadership, initiative and dedication in their businesses and aboriginal communities. The NCAIED is the largest and oldest American organization for the promotion and economic and businesses development of indigenous societies.

In recent years, Mr. Iserhoff has also been involved as president of the Cree Nation Bears Hockey Club, which oversees the Bantam BB and Midget AA teams. 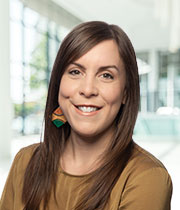 Holder of an integrated bachelor’s in economics and politics (2007) from Université Laval, Suzie O’Bomsawin also holds a master’s degree in business administration (international development – 2010). In addition, in 2020, she completed her university certification in corporate governance (ASC) at the Collège des administrateurs de sociétés of Université Laval.

A member of the W8banaki Nation, she works as director of the Ndakina Office of the Grand Council of the Waban-Aki Nation located in Wôlinak. Her previous positions included training sector coordinator and aboriginal affairs advisor at the Ministère de l’Éducation, du Loisir et du Sport.

A resident of the Odanak community, she is also very involved in an array of organizations dedicated to First Nations interests. For example, she was the spokesperson of the First Nations of Quebec and Labrador Youth Network from August 2011 to August 2015. She also chairs the board of directors of the Odanak Historical Society, an umbrella organization for the Musée des Abénakis. In addition, she is a member of the Quebec Native Women agency and helps to organize various cultural events in her community. Since June 2019, she has been a member of the Indigenous Advisory Committee of the Canadian Impact Assessment Agency. 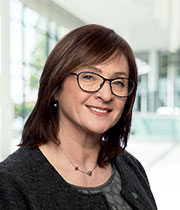 Nicole Perrault holds a Bachelor of Law (1985) and a diploma in notarial law from Université Laval (1986). In 2002, she completed training in project management at Université du Québec en Abitibi-Témiscamingue.

Ms. Perrault practiced her profession for almost 17 years and then took up another challenge in the political sphere as part of the cabinet of the Minister of Natural Resources and Wildlife of Quebec from 2003 to 2007. In 2007, she was recruited by the managers of L. Fournier et fils inc. for the position of development project manager and in 2014, as director of public relations and communications.

Since January 2018, she has worked as a self-employed project management and public relations consultant offering her consulting services to public, parapublic, and private organizations in the Val-d’Or region.

Ms. Perrault has sat on a number of boards of directors of organizations committed to socio-economic development in the Val-d’Or region. She was also a founding member and administrator of Maison de soins palliatifs de la Source Gabriel, a palliative care centre, in Val-d’Or. Since April 2015, she has presided the new steering and economic investment committee of the Vallée-de-l’Or regional county municipality (RCM). 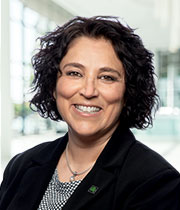 In addition to a Master's degree in Small and Medium-sized Business Management (1992) and a Bachelor of Business Administration (1989) from Université du Québec à Chicoutimi, Ms. Talaï also earned a college diploma in Economic and Social Sciences (1984) from the Académie de Paris.

Ms. Talaï, a Management Officer for the Development Fund of the Université du Québec à Chicoutimi, has also act as a project manager for the Université du Québec à Chicoutimi alumni association, and was a consultant for the implementation of an organizational model and employee development at Rio Tinto Alcan and is a Corporate and Community Services advisor at Cégep de Saint-Félicien.

Sign up for Sépaq emails to be the first to find out about our promotions, news and special offers.